I am pleased to announce that this is the FINAL INSTALLMENT of this challenge!  Loud cheers and huzzahs!

I do enjoy these challenges – because although I like to write – and it’s good for me to do so – sometimes breaking the inertia and getting started is the hardest part, and these challenges give you somewhere to point your feet once you actually get off the mental sofa and open the front door.  But this one is starting to look like an evening gown in my closet that I bought for a fancy party four years ago – while I still love it, I need to get it to a consignment shop before it’s no longer fashionably relevant (and before I get too fat to wear it, and just looking at it makes me cry.)

When I first started working on this series, I was having trouble coming up with ten different things.  (Now that I’m at the end, I have like six more things to write about…so I guess this challenge was a good starting point.)  But I was having trouble getting off the starting block, so I asked my kids for help brainstorming.

(Yes.  I should have known better.)

Me: <cutting her off>  That’s cheating. Your brother is ONE thing.  You can’t list him ten times.

The Love/Hate Challenge has been up WAY past its bedtime….time to shut out the lights and tuck this one in.

Remember when Bambi first came out?  Wait…of course you don’t.  That was like, 1942 or something. But I do remember watching it in the movie theater.

Incidentally, did you remember that Bambi was a DUDE?  Next time I’m at a bachelorette party, and the fake-cop comes in to strip, I’ll try shouting “Take it off, Bambi” as I shove dollar bills in his general direction. I’m sure it’ll be super effective in getting his attention.

I also distinctly remember the scene when Bambi’s mother died. Strangely, I was the only one who leapt to her feet and cheered.

What?  You were sad?

The only good deer is a dead deer.  And here is why:

They really do.  They’re sort of like the rich teenagers on Gossip Girl (which I am NOT currently bingewatching with my daughter) – when people see them, they ooh and ah over how pretty they are, and everyone wants to get close to them and snap pictures to share on social media.

But then they randomly do totally b!tchy things like eat your flowers or randomly leap in front of your car when you’re zipping down the highway at 72 mph, and as you’re looking over the remnants of your petunias or your crumpled fender, you suddenly want to mow them all down with a fully loaded AK-47.

So far, I’ve been lucky – I haven’t actually struck a deer yet.  Since I grew up in rural PA, I recognize that I’ve beat the odds here.

But my time will come.

They’re all waiting along the highway, watching me, waiting for that PERFECT moment when I’m tooling down a nameless country road at midnight, juggling a refresh on Google Maps and a hot cup of Dunkin’.  Then – only then – they will strike.  And once they do?  It’s ON, futhamuckers.  It.  Is.  On.  You spill my coffee, we will have words.  <angles bazooka menacingly>

In the meantime?  I married into a family that hunts.  And while I support the swift obliteration of the entire species of glorified rats with antlers, I’ll admit I’m not the biggest fan of using them as decoration.  I mean, if you want to make an impact, hang the severed heads outside, where they can serve as a horrible warning to the survivors to stay the h#ll off my lawn.

(Side note:  My grandpa was a salmon fisherman, and once he cleaned the fish, he used to nail their heads to the pine trees by the garden.  He said it kept the snakes away.  I can’t tell you whether it worked or not, but you can bet your sweet bippie we never had any salmon digging up our gardens and dinging up our bumpers, that’s for sure.  To be fair, salmon skulls aren’t really all that cuddly.  Would YOU raid a garden decorated with this?)

Fish heads aside, most folks insist on displaying their kill indoors. So my options are either to get used to it…or help them kick it up a notch.

I present Exhibit A:

Tragically, after running away to Vegas, Amber paid the ultimate price for hard, fast living.

Recently, my kids and I were at a birthday party for one of the hubby’s relatives.

Now, these are perfectly nice people….but after a while, I was frantically looking for a graceful escape route when the birthday girl’s grandmother monologued for TWENTY MINUTES about how relaxing and rewarding it was to…

Yup.  Everything.  Baby clothes, sheets, it’s all so soothing.  And she won over her husband because of how meticulous she was about pressing his underwear.

I think we still have an iron.  It’s stuffed in the back of the NOPE closet next to the bucket of Hell No and the box of Never Again.

I do remember the last time I ironed, actually.  It was October of 1999 and I was about 12 weeks pregnant with my son.  I was getting ready to go on a business trip, and my pants (already!!) didn’t fit, so I had to dig out pair of maternity pants.  They had only been in storage a few months, but were wrinkled beyond recognition, and iron repellant* hadn’t been invented yet, so I attempted to iron.

And promptly burned my arm.

And immediately quit ironing forever, because I was traumatically scarred FOR LIFE.  That shiz is dangerous, yo. 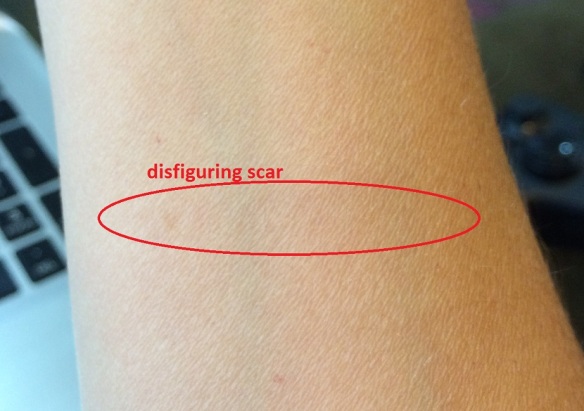 * Iron repellant = Downy Wrinkle Releaser.  If that stuff doesn’t work on an article of clothing, it goes in the Goodwill bin.  Ain’t nobody got time for dat.

Anyway.  After that absolutely riveting tale of uncreased unmentionables, the kiddos and I were bored.  And when my kids get bored…let’s just say I can either create a diversion, or become a victim.  I learned my lesson at the LAST family party, where my daughter stole my phone and updated the spelling dictionary to change over seventy-five common words to autocorrect to “poop.”  (She also changed her name to Her Royal Highness, and her brother’s to something unprintable. <shrug> She comes by it honestly, I guess.)

So we decided to play a game with the party balloons.  There were about a dozen trophies hanging on the wall.  First kid to score an antler basket wins $10.  GO! 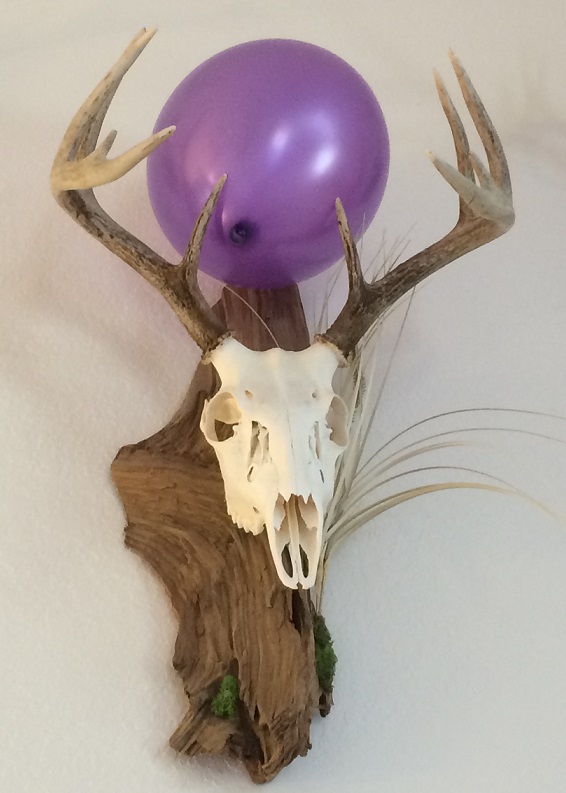 The final nomination for this challenge is sonofabeach96 – because we recently bonded over coffee.  😉

And with that – CHALLENGE CLOSED. <mic drop>