In our last episode, we left Kate, physically and emotionally exhausted, lying awake in her childhood bedroom, praying desperately that the gentle fluttering of papers on the memo board was caused by the innocent and soothing sounds of her fan…

…could it be something…far more sinister?

I put on my glasses and reach for the light switch.

I scream like a six-year-old who just won front-row tickets to a Justin Bieber concert, flee the room like there’s free pizza outside, and slam the door.

Heart pounding, I look down the hall towards my mother’s bedroom.

What the hell?!?! I WAS ALMOST MURDERED.

(Side note: This is probably penance for that one time, when I was maybe nine or ten, when Mom fainted in the bathroom. After she managed to crawl over to my room and pound on the door, apparently I looked at her, shrugged, and returned to bed. Or maybe it’s for that night in college where my roommate, half-asleep herself, answered a knock on the apartment door to find a tall, disheveled, very drunk and extremely creepy-looking dude spilling into the doorway. She screamed and slammed the door. The next morning, she asked me why I hadn’t gotten up to come to her rescue. I said something like, “well, if you had been killed or something, you’d still be dead in the morning, right?” Yeah, I know, super helpful. But don’t mess with my sleep. I have priorities.)

So anyway, there’s a freaking pterodactyl with giant teeth and a three-foot wingspan in my bedroom. IN. MY.  BEDROOM. WHAT DO I DO? It’s 1:30 in the morning, and I can’t think clearly enough to recall if we had a flamethrower in the Yard Sale stash we sorted earlier that week. I stuffed a towel under the bedroom door (because obviously, that’s like a forcefield in the world of vampire bats, right?) and left a helpful note on the door:

Mad props to my 2AM art skillz

Satisfied that the area was secure, I then retreated to the main floor, and promptly texted my brother (who lives across the street) and my spouse (who had left for home JUST YESTERDAY and was now very inconveniently 1000 miles away, despite the fact that it’s his job to protect me, dammit.)

Yes, the hubs is ID’d in my phone as running from the cops.  He’s a leadfoot.  His day will come.

Since apparently, no one was on call for bat removal (I am so filing a complaint), I spent the rest of the night online, learning about how horrific it is to die of rabies. (It’s bad. Like, brain-eaten-from-within bad.  If you DO get rabies, do yourself a favor and pay someone good money to take you out back and shoot you before you drown in your own spit.)

Finally, after a long, (obviously) sleepless night, I hear back from my brother just before 7 AM: 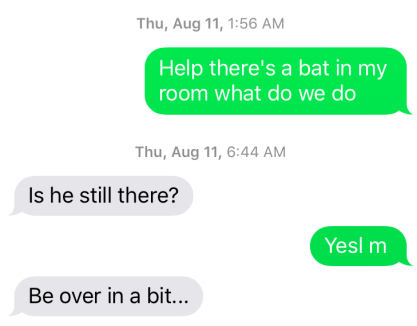 Thank goodness my brother is a morning person.  I will never, ever, mock this trait again.  P.S. Yes, my texting skills suck.  We’ve established that already.

He comes over, wearing thick leather gloves. By this time, Mom was up, getting ready to hit the gym (yeah, she’s in her 70s and goes like four times a week.  She’s amazeballs.)  She had completely missed the note on my door, as well as my 1 AM bloodcurdling scream. (“I thought maybe I heard something, but then it stopped, so figured I was dreaming and went back to sleep.”  Well played, karma.)

Mom popped outside to look for a box to stuff the bat in. (Irony. I spend much of my life chucking cardboard when the hubs isn’t looking and NOW we actually NEED a freaking box.)  She returns with two. The first is roughly the size of a deck of playing cards.  HAHAHAHAHAHA no.  Clearly, she has no idea the size of the winged monstrosity that has taken over my bedroom; it’s large enough to totally steal a VW and drop it on your head.  Giving me the side-eye, she discarded that one for the larger option.  (It’s almost like she thought I was exaggerating or something.  SHEESH.)

Now, in the rural bowels of Pennsyltuckey, you do get bats in the house from time to time. We’d had it happen once or twice during my childhood.  Normally, their eviction notices were served by Dad, who would stun them with a standard-issue straw broom, and then stomp them into a pancake with his size 7 EEE work boot.

Dad was no longer here, though, and, due to my perhaps slightly overzealous purging, neither was the broom. Fortunately, though, we had unearthed a childhood badminton set. What better to bludgeon a bat with? 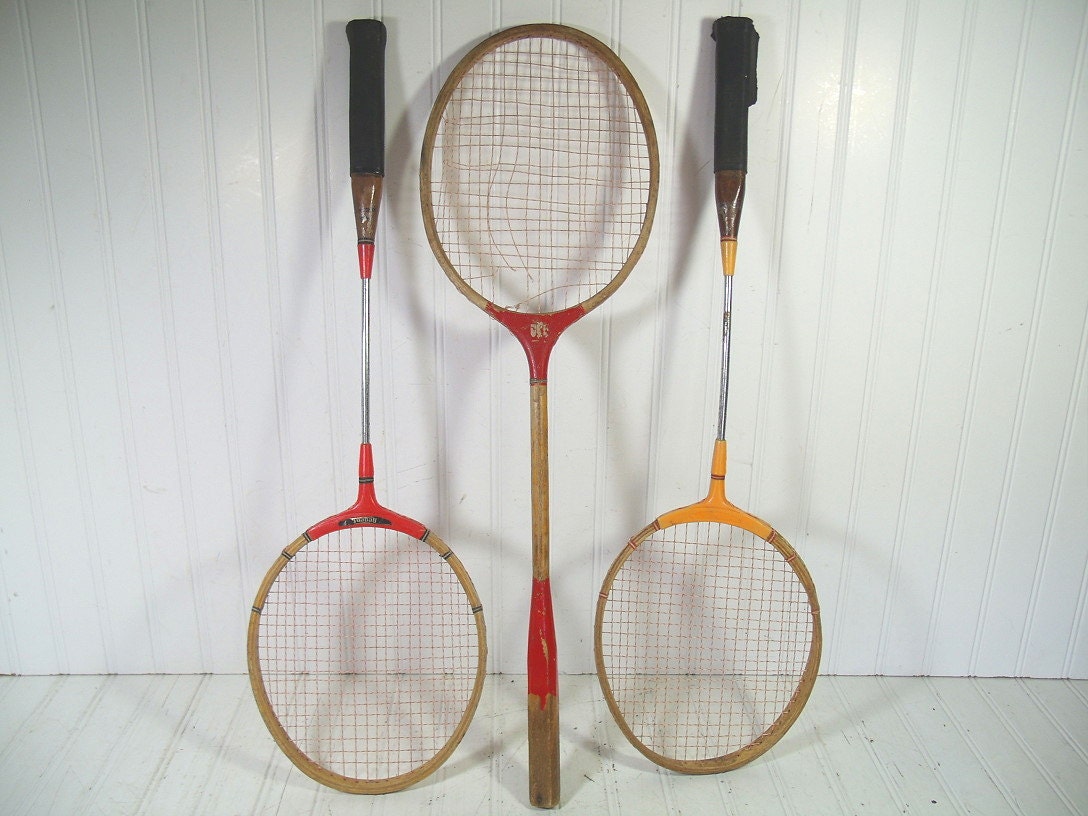 Looks lethal to me.  (Source)

So the three of us, fortified with adrenaline, the larger box, and three child-sized play racquets, steel ourselves to do battle.

Carefully, we open the door.

Gingerly, we poke around for a little bit. We look in corners. We peer into closets and search light fixtures.

After about fifteen minutes, Mom gently asked me, “Kate…are you sure you weren’t dreaming?”

Bless her heart. NO. I am 150 million percent certain that at 1 AM there was a freaking 10-foot pterosaur circling my room just TOYING with me waiting to decide which of my entrails to devour first. YES THERE WAS.  Really. STOP LAUGHING.  MOM!!!!

To placate my histrionics, they keep looking. Mom chats, somewhat nervously, about how, when they had bats in their chimney a few years ago, they were found to be hoary bats, which are endangered.  (And kinda adorable.  See?)

“Endangered” means it’s illegal to kill them – UNLESS they come into your house.  And I’m totally behind that. I’ve always heartily supported the premise that the penalty for trespassing is death, and I apply that liberally to bugs, mice, and persistent salesmen.

Problem is, we can’t FIND the blasted thing. Did it get out? How? (Yeah, probably the same way it got IN, which we don’t really want to know, because if there IS a way in, this could happen again, and then I can never ever visit my mom unless and until she burns the house down or moves somewhere else.  WAY better to pretend the tooth fairy delivered this one, or something.)

My army is just about to retreat when Mom calls out, “Aha. Found him!”

We look. She’s delicately holding the edge of the curtain back. We see a small 3” ball of brown fur.

That is what tried to eat me alive?

We devise a strategy:  Mom instructs me to hold the box beneath the now-sleeping critter.  She tells my brother to knock the bat into the box, at which point I should slam the lid shut.  Quickly.

Gingerly, I hold the box below the bat.  My brother takes the racquet and taps the back of the curtain softly.

Jezebel is awake and the bitch is NOT happy.

This harmless button of fur morphs into a terrifying, fire-breathing, fang-baring gargoyle that is now swooping, circling, and dive-bombing us in rapid succession.

I think I am screaming.  Somebody is.

Gamely, we fight back.

SWAT!  I narrowly miss making contact with my brother’s face.

The bat, tiring of this game, flies under the bed.

We fall silent.  Now what?

You know how when you were a kid, your parents told you that your fears and suspicions were totally unfounded, and that there were, in fact, no monsters under the bed?

THEY LIED. Because bats can TOTALLY fly under beds.  (I apologize in advance for sharing the nightmare.)

And NO WAY, NO HOW am I getting up close and personal with this:

Bravely, my brother lifts the bed skirt with his racquet, and peers underneath. “I can’t see it.”  Me either. Not from way, way over here where I’m standing.

I suggest that, rather than lie on the floor and go head-to-head with this bastid, we take apart the bed and then attack it from above.

We pull off the mattress.

Slowly, tentatively, we slide the box spring off….

My brother – MY NEW HERO – makes contact and stuns the fight out of the bat. It falls to the floor, where I pin it down with my racquet.  My brother ceremoniously takes the torch from my father, ending the battle with a fatal blow from his size 10 New Balances.

I put the bat in our now-useful box, seal the box inside a giant freezer bag, and set the bag outside on the front porch. You know, in case it’s also freaking Houdini and revitalizes itself for Round 2.

Next, I wait for fourteen tortuous minutes so I can call the Department of Health AS SOON AS IT OPENS to find out where to send the beast for its autopsy.  I need to know if this horror story is over, or if I now need to get freaking rabies shots (because wouldn’t THAT be the cherry on the guano sundae?)

“Hi.  I have this bat in a box that needs a rabies test.  Can I come over and drop it off?”

“Is the bat still alive?”

“No.  We killed it with a badminton racquet and then we stomped on it.”

“Um. Okay. What you need to do is put the bat in a plastic bag, and then put THAT bag inside a one-quart Ziploc with ice, and then make sure you” (Blah, blah, blah.  I got bored and quit listening.  Too many directions.  I doodle and stare out the window until she pauses.)

“No problem.  I can totally see your office from my house.”  Which, in hindsight, sounded kind of creepy.  But cut me some slack – I’d been up all night watching my life flash before my eyes.  And this office is, actually, just 1/10th of a mile from my mom’s house:

So I put the bat coffin into its own little cryogenic container, walk over (fitness points!) to the DePArtment of HEALTH (their spelling, not mine) and sign our little intruder up for rabies camp. 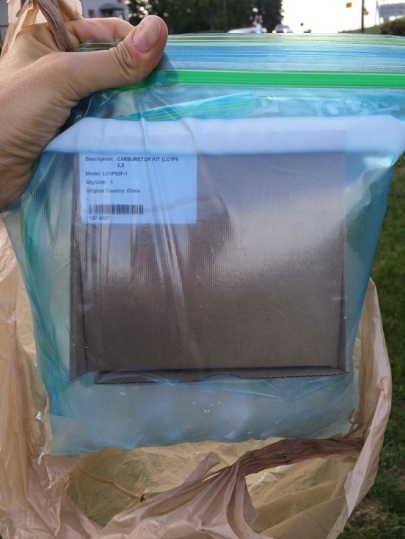 Just two days later, I receive the call that no one is going to be killed by brain rot.  We are rabies-free, yo.  She also said that it was identified as a Big Brown Bat. No $#it, right?  But it did justify my terror a little to read about the size of these suckers:

But since we’re still not entirely certain how the bat got in, I left an old towel stuffed under the attic door that’s adjacent to my room…and I left someone guarding the fort.

Laugh if you must, but Mom reports no further bat sightings, so it’s clearly super-effective.

I mean, would YOU break into this bedroom with Ann at the helm? 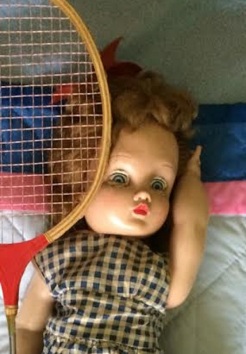 Yeah.  I thought so.

13 thoughts on “Creature of the Fright”