I haven’t written anything about food issues in a while.  This wasn’t intentional, nor was it any sort of avoidance.

I just haven’t had anything dramatic to write about.

It’s been nearly three weeks since I wrote about food – at the time, I had a pretty typical binge, followed by a couple days of pretty hardcore restricting (for the uninitiated, that’s where you really don’t eat….anything.)

But since then?  It’s been…fairly quiet.  While I recognize that this isn’t exactly “recovery,” it’s still progress.  There are a lot of things I’ve done right these last couple of weeks:

1.  I’ve been eating a fairly healthy 1200 calories a day.  I do want to drop a couple of pounds, so yes, I’ve been tracking and measuring my food…BUT I’ve been doing it in a way that I’m sure the Weight Watchers Wizards would approve:

2.  I have been running 3-4 times a week.   Regular exercise helps me burn off all that extra angst/cortisol so I can think, focus, and eventually sleep.

Side note:  If you don’t know what cortisol is, CLEARLY you don’t read the same magazines I do, because it’s the Cristiano Ronaldo of hormones these days.

Wait…you don’t know who that is, either?  HE ONLY HAS LIKE A HUNDRED MILLION FACEBOOK FRIENDS YO.

Sigh.  Cristiano Ronaldo’s boring page about sports and why you should care.  (Go directly to #4.  YOU’RE WELCOME)

Back to cortisol.  Essentially, it’s the fight-or-flight hormone.  Your body makes it as a response to stress; it prepares the body physically to handle running from (or stabbing) a rabid bear, or a tough jungle swing over the swamp to avoid alligators or whatever.

Nowadays, we don’t have too many legit physical stressors.  Instead, we valiantly fight things like rush hour, IT issues, or Facebook drama.  So our bodies pump out all this cortisol, prepping us for battle…and we don’t burn it off.  Confused, our bodies make us crave sugar, build abdominal fat, and give us a lot of stomachaches.  YAY.  (Read more about cortisol here.)

3.  I was BEING KIND TO MYSELF.  I bought a couple of new dresses that, if I may say so, make me look fabulous.  And I FEEL fabulous in them.  <struts runway-style in front of picture window and checks self out>

In all the above, I wasn’t getting crazy sauce all over the walls DOING any of this.  I actually didn’t measure out my lettuce for my salads.  (Yes, people with eating disorders do this.  Because lettuce DOES HAVE CALORIES and THEY ADD UP.  OK, I’m still measuring mustard, BUT THIS IS STILL PROGRESS SO SHUT IT)  And on a couple of days, I actually went OVER 1200 calories by a few, and I – miracle of miracles – just shrugged and figured it’d all even out.

Whoa.  Who is this goddess of zen?

I was feeling pretty victorious at this point. CHAMPION WARRIOR MODE 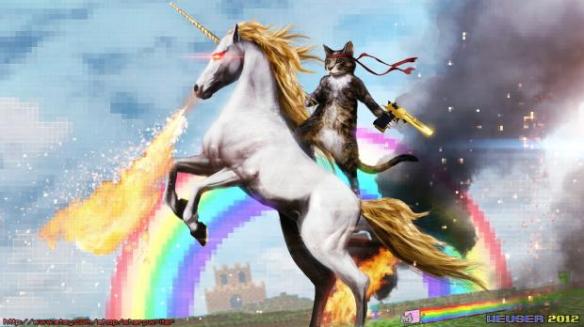 Today I was PLANNING TO WRITE about how great I was doing – and last night – LAST NIGHT – this happened: 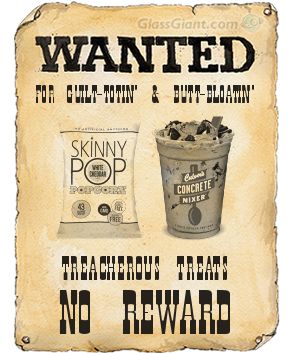 The frustrating thing is that I don’t know what triggered this.  I wasn’t hurting.  I wasn’t angry.   The hubs and I haven’t fought – nor have I fought with him in my head instead of out loud – in several days.  I was a little tired, sure, but show me any woman in her 40s with teenagers and a full-time job who isn’t, right?

I suppose I may have simply just been too hungry.  Hmm…actually, the more I think about it, the more this makes sense.  I was playing a variety of sport-like games outside with my son – Wiffle ball, kickball, basketball –  and I remember feeling completely out of gas.  I mean, I’m not normally channeling Michael Jordan or anything – remember, I’m no athlete – but I could NOT make a SINGLE basket yesterday.

When we came inside, I thought maybe I needed a snack.  And that’s precisely where the dam broke.

It started with the popcorn – yes, the king-sized pillow bag from Costco; WHY DO I LET THESE INTO MY HOUSE – and half a bag and a Concrete Mixer later, I was filled to the brim with junk food and regret.

This morning, I feel pretty sick (well, DUH, what exactly were your expectations after eating half a silo of cheese popcorn, Princess?)  It’s a veritable food hangover.  I’m bloated and headachy; my stomach is rebelling like a cat who’s been trapped in a closet for fourteen hours and recently got out and promptly shredded the curtains.

But instead of hanging my soul on a hook in the basement and using it as a punching bag, let me see if I can learn from this.

What can I do differently next time?

When I get past the point of being hungry, I should start with a small, measured snack (measured simply so I don’t finish the entire package of whatever) to see if that alleviates the feeling.

I need to accept that some days I’ll be hungrier than others, and I need to trust my body to TELL me that it needs food.

Right now, my body’s so accustomed to being ignored, it only whispers, so I’ll need to pay really close attention.  That’s the hard part; I’ve spent so much of my life telling myself to shut up and denying the basic need for food that I truly have little idea what genuine hunger feels like.

This morning, I’m determined.  I had a couple of really, really good weeks running on the road to recovery.  But sometimes, you get distracted by the scenery and forget to watch for potholes.  So I tripped and fell.

Today, I’m brushing the dust off.  Taking a couple of tentative steps.  Hmm.  Nothing’s broken. It stings a little, but it’s only a skinned knee and a lightly bruised ego.

It’ll heal.  I think I can keep running.

7 thoughts on “The Road to Recovery Has Potholes and Pitfalls”