Yeah, I know.  It’s been a while.  This funk that I’ve been in since – wow – November – seems to have settled in for the long haul.

I’ve been trying to pinpoint the issue, to roll back “effect” so I can find the cause.  This is a coping trick that helps me (sometimes) when I get an overflowing cup of the feels.  Often, emotion crashes into me like a runaway truck, and my priority at that point is to roll off the road and pick gravel out of my kneecaps, notsomuch getting the license plate of the bus or piano or proverbial cartoon anvil that’s just knocked the spiritual wind out of me. 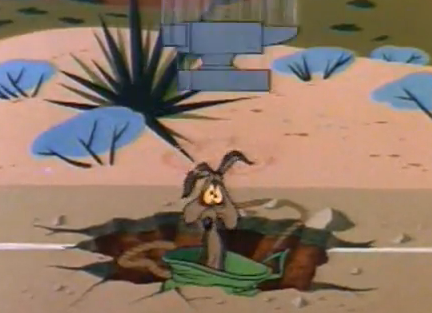 I’ve found that just putting a label on an overwhelming feeling helps drain its hold on me.  If I can identify it – if I can call it out, give it a name, loosely label what it is – it loses some of its ability to smother me and I can start to come out from underneath it.

“I am feeling anxious.  This feeling will pass.  It is OK to feel this way.”

Believe it or not, that small acknowledgement helps.  From here, I can then ask myself if there is anything that might make me feel better.  (Tonight, it was paying bills, of all things.  Go figure.  I suppose the getting-done-ness of an annoying pending task helped in some way, but I’m not taking it up as a recreational activity.  9/10 do not recommend.)

But whatever’s dragging me down these last few months is engulfed in a thick cloud of fog, darting craftily in and out between the trees to keep me nervous and off-balance.  After a lot of squinting and head-scratching (and, unfortunately, way too much snack food) I can only make out vague shapes and shadows of what I think it might be:

My dad.  I did get to see him over the holidays, and on the plus side, he’s still alive.  But he doesn’t have long – months?  weeks?  Every morning, I check my phone for the news I’m dreading.  Every morning.  Kinda wears on a gal after a while when you start every single day checking for a pulse.

My marriage.  He’s trying.  He’s been attentive, kind, understanding, and overwhelmingly helpful.  All the things you’d ever want.

But it takes time to accept that something you once believed to be somewhat magical is really quite pedestrian.  Ordinary. 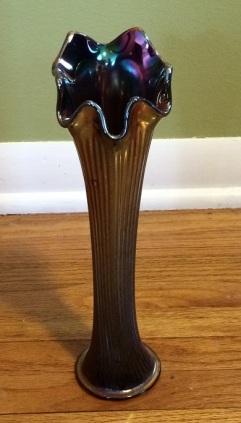 After years of admiring it, cautioning the kids to “look but don’t touch,” and hearing great stories about its perceived rarity, you take it to be appraised on Antiques Road Show, where you discover (after a four-hour wait in line behind someone with a fugly Volvo-sized painting that you’re pretty sure was created by a dog and a four-year-old) the prized glass sculpture that she so carefully guarded and protected was a mass-produced grocery store giveaway in the 1950s and has a market value somewhere between Betamax video cassettes and books on how to survive the Y2K disaster*. *Ah, Y2K.  We were all doomed, remember?  Everyone was up in arms about how 1/1/00 was essentially gonna shut the planet down, because computers didn’t know that “00” meant 2000 instead of 1900.  We all held our breath on New Year’s Eve, and…nothing happened.  Well, except this:  There was an older gentleman who was quite well-known in our small town for founding one of the larger local businesses.  He was a community icon, especially after he turned 100.  And the year he turned 105, he received a letter from the local elementary school reminding his parents to sign him up for kindergarten.  HAHAHAHA

Anyway, even if your vase isn’t priceless, you can’t just throw it out, right?  Because Grandma LOVED it, and its place on her mantle has given it a rich history and some good stories.   So you still treasure it, but…it’s just not the same vase you thought it was.  You just don’t have quite the same… reverence for it.  It’s nice, but viewing it gives you just the smallest twinge of disappointment, because it’s simply not what you made it out to be.  It’s an unstirred blob of cornstarch in your coconut cream memory pie.

Work.  Normally, my busy season ends right before Thanksgiving.  This year, it lasted all the way until December 23, at which point I attempted to take a few vacation days.  But I didn’t really get the break I needed, because apparently, I’m SO important that they felt the need to call me EVERY STINKING DAY (three times one day.  THREE.  TIMES.  Am I the HR freaking pharaoh?!?!) with questions, problems, and general bad behavior of certain employees.  (I blame the full moon.  Really.  Ask any HR person, or anyone who works in a hospital, if there’s any truth to the full moon being fertilizer for the crazy daisies.  They’ll affirm heartily.)

But the holidays are over now, Open Enrollment is closed, we’re all set up to print the ACA tax forms (I think, anyway; besides, the deadline’s been delayed AGAIN, so I have two more months to issue them.  Oh, and that also means you won’t have them by the time you want to file your taxes.  THAT won’t confuse anything, right?) and the OSHA logs (over thirty of them.  !!!) are ready to post.   I might be due for some relief shortly.  Fingers crossed.  Although I did hear that the CEO has some “ideas” he wants to discuss, so if you need to find me, I’ll be hiding under my desk behind the 2008 termination files.)

Fat.  So, through all this, I’m still fighting the food demons.  I went from swearing off food to eating ALL THE THINGS so no one else can have any.  Here are some more of the things I can no longer have in the house (because I will tape them to my face and inhale until the bag is empty):

I can also no longer have no-bake cookies, because my motto seems to be One Batch, One Serving. I made two batches over the last three weeks.  Moo.

(If you don’t quite hate yourself enough and want to get in on the self-loathing, go here and make these.  Use brown sugar and sub out the butter for more peanut butter, because butter is gross.  Don’t say I didn’t warn you.  I cannot be held accountable for your cocoa-covered countenance of shame, or the repercussions of locking your family out of the kitchen.)

Topping off the snack-food skyscraper was an influx of gift cards (Merry Christmas!) to my favorite public binge site, Benihana.  This is one of those Japanese cook-on-the-table types of places, where you sit around family-style while they twirl knives and pitch shrimp tails in your pocket.  During the entertainment, you get four or five courses of food, a veritable stir-fried Mount Unami that no one could POSSIBLY scale to the summit.

Except me and the hubs.  We take great pride in declaring that to-go boxes are for quitters, and that the ability to finish the whole thing is what makes America great.

And we ate there twice over the last two weeks, finishing every bite and washing it down with one of these:

Contributing to the waist-pinching is the lack of exercise.  I try to run a few days a week**, but that’s been tabled lately because somehow, I hurt my hip.  I say “somehow” because I quite literally have no idea what I did to it.  One day, I got out of bed, stretched, and felt a stabbing pain.  YAY.  This week, I finally caved and went to the doctor (Happy New Year! Here’s your $5000 deductible!) so I’m hoping they can get me back on track.

**Don’t get me wrong – I don’t actually LIKE to exercise.  But without it, I find the stress builds up inside and doesn’t have an outlet.  It just sits there in my gut demanding I feed it naughty things like kettle corn and chocolate pudding.  Exercise, like coffee, keeps me from having to chip through the frozen ground to bury the bodies.

The doctor thinks it’s something that can only be healed by using crutches for four weeks.

<BEEP BEEP> BACK UP THE TRUCK.

I have to navigate a ginormous parking lot every day, and I live in America’s Frozen Tundra, AND I have to juggle my coffee and my morning smoothie, so unless these suckers come with cup holders and an ice pick, I don’t see crutches being a reality.  Plus, airports.  I have five trips to take between now and the end of February.  While crutches might be handy to take out unruly children and line-cutters, I don’t think they’re gonna expedite my last-minute dash to my gate.

I did get an MRI yesterday, so hopefully that’ll give me a more palatable answer. Like something that requires weekly massages and heat therapy.

And speaking of therapy….I should probably add that I quit that, too.  Why?

Because the therapist called me fat.

OK, I should clarify.  She didn’t mean to, I don’t think.  But while we were talking, Dr. P made a comment about “your size X body.”  Essentially, she mentioned a size that, intellectually, I know is viewed as “slender” by society….BUT IT’S A FULL SIZE BIGGER THAN I ACTUALLY WEAR.  So my brain immediately assumed that I look 10-15 pounds bigger than I AM, which is 10 pounds bigger than I WANT to be.  You see how this works?  I’ve been working so hard to accept myself at my current size, and one offhanded comment just burnt all progress to ashes.  So forget it – we’re back to a goal of Size Invisible and I apparently need to lose twenty pounds*** in order to be acceptable.

Incongruously***, I dealt with all of this last night by downing a healthy (HAHAHAHA) portion of Cab Sav and most of this:

But today is a new day. I’ve broken my clichéd New Year’s resolutions about twelve times already, but thankfully, there’s no punch card of restarts.

Today, I can start anew.

14 thoughts on “Dissecting the Funk Frog”